The National Environmental Policy Act (NEPA) is the culmination of over 100 years of science, research and advocacy. It was passed by the U.S. Congress in 1969 and signed into law in January 1970 by President Nixon. It established a national environmental policy, adhered to through a process of NEPA Compliance. Significantly, it set a requirement to “include in every recommendation or report on proposals for legislation and other major Federal actions significantly affecting the quality of the human environment, a detailed statement.” Further, it created the Council on Environmental Quality (CEQ) in the Executive Office of the President.

NEPA’s most significant and notable impact was the requirement that all executive federal agencies prepare Environmental Assessments (EAs) and Environmental Impact Statements (EISs) for all activities implemented on federally owned lands. NEPA reports analyze and assess potential environmental effects of proposed federal agency actions. Interestingly, adherence to NEPA guidelines does not apply to the President, Congress, or the federal courts. 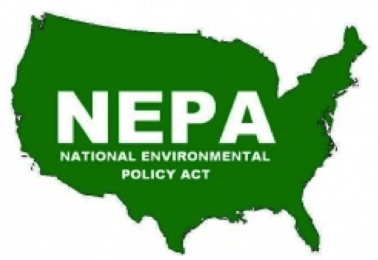 Because the law applies directly to lands, the agencies dealing most directly with these requirements include: 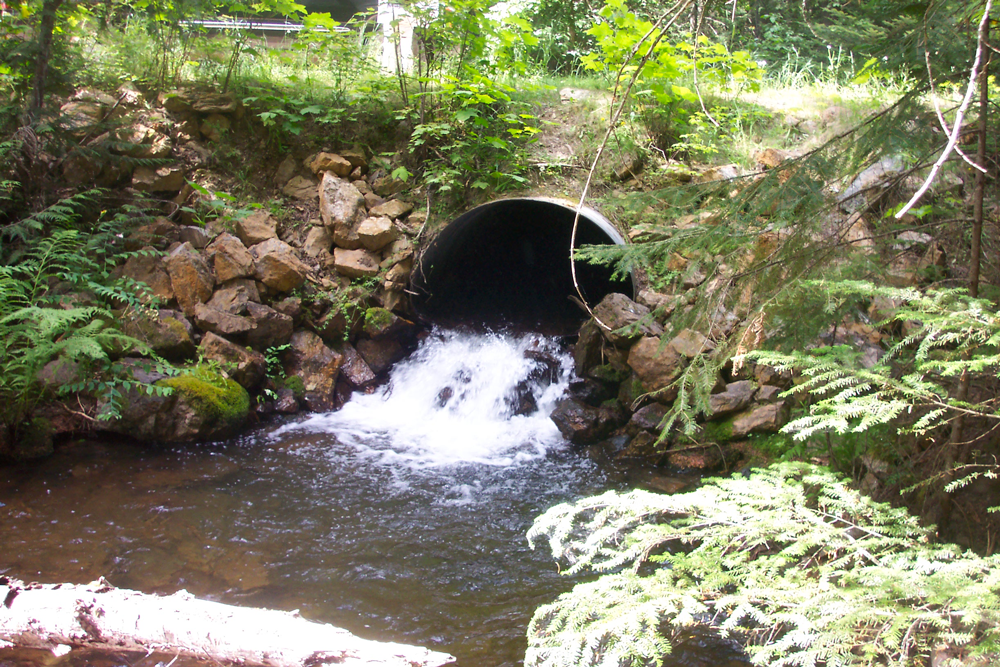 NEPA spans a wide range of potential impacts effected on lands, river systems, air quality, and wildlife habitat. Every federal agency with a land or wildlife management mandate must adhere to NEPA rules and regulations. Adherence to these rules is called “NEPA Compliance“. So-called levels of NEPA analysis, include:

Agencies, organizations, and other landowners propose integrated land management plans. Some have seemingly low impact to lands, wildlife, air quality, or people accustomed to using the resource. While this may seem obvious to those who develop these management plans, further examination of of the proposed actions need to be made to insure NEPA Compliance. Most often these assessments are made by other specialists, and even by experts from outside the proposing agency.

This has brought environmental consulting firms, like D&D Larix, LLC, into the analysis of proposed activities. We conduct the analyses needed to insure NEPA Compliance by preparing the documentation and conducting the public outreach needed.

The US Forest Service and Bureau of Land Management, have similar approaches to achieving NEPA Compliance. Both agencies implement NEPA Analysis Teams which can take two or more years to develop a programmatic plan. Then, during an equal amount of time, or more, they conduct the NEPA analysis of the proposed actions.

In some Executive Branch actions, Categorical Exclusions have been made for some specific activities. Wildfire mitigation activities were addressed by President George W. Bush, in 2002 using the CatEx option. The Healthy Forests Initiative (HFI) was part of the effort to bolster hazardous fuels reduction projects, and to achieve results in a timely manner. It included administrative reforms to reduce procedural delays in implementing fuels reduction projects. It also implemented legislative action to streamline and prioritize forest health projects. Categorical Exclusions literally take an Action by Congress to streamline NEPA requirements.

Environmental consultants have been requested to work with federal agencies at various levels of involvement in land management activities. Sometimes this involvement is in the form of wildfire fighting contract-crews, field data collection or environmental sampling professionals. It can include the development of specific projects to achieve desired results, and then to prepare the NEPA compliance documents. These are all needed for project implementation to be successfully enacted.

When environmental assessments are analyzed, a broad range of outreach activities must be brought together to ensure NEPA Compliance:

The Role of Consultants

As an environmental consulting firm, our personnel have been involved with federal agencies to guide actions through the NEPA process. Our specialists have both developed specific projects for federal agencies, and prepared the NEPA compliance documentation for those actions. In some cases, we have been asked to analyze and prepare only the programmatic project design, or NEPA compliance documentation. Sometimes we do both, but sometimes we have been requested to complete only one of the two.

Some of these activities have included wildfire risk assessments, development of mitigation measures, then the preparation of the NEPA materials. Others have addressed road and bridge layout and design crossing through sensitive soils, landslide prone landscapes, and sensitive river systems supporting native salmon spawning areas. Each project is unique and the analytics applied in each situation are specific.

These projects integrate a wide range of specialties:

These services include vital programmatic obligations:

A project led by Dr. Schlosser in 2011, was for the Quinault Indian Nation, a federally recognized Indian tribe for a project on their Reservation. While it is on the tribal reservation, it is still considered federal lands: NEPA Compliance is required. Project activities included actions on lands managed by federal agencies who were obligated to support the Treaty of Olympia (1855).

A planning consortium of representatives from 9 federal and state agencies was convened to coordinate activities. Planning efforts engaged agency and organization participation by 60 representatives. All participants contributed to the programmatic Environmental Assessment we prepared.

Monthly planning meetings were held to provide live interaction opportunities for all participants. A web site was created to facilitate data sharing and cooperator information updates. On this same web domain, public outreach was presented to extend how people could learn about the project. Public meetings included both live sessions to familiarize people about activities, and video presentations about the project.

NEPA Compliance was designed as an Environmental Analysis, seeking a Finding of No Significant Impact (FONSI) decision. With the FONSI accepted by the governing agency (BIA), project work would be given the “green light” to begin. While all project activities were designed for in-river construction of Engineered Log Jams (ELJ), the properties surrounding the river were managed by other agencies. These other agencies (National Park Service, U.S. Forest Service) were well acquainted with the NEPA process.

Of course, the Quinault Indian Nation with the BIA were also well acquainted with the NEPA process. However, the expectations of these different federal agencies was somewhat different. Some agency representatives participating in the planning process were skeptical of the schedule of implementation for this effort. Their expressed comments to complete the NEPA documentation phase was “2-years, no less“.

By openly communicating with project cooperators, following federal expectations, and verifying all data, the Final Environmental Assessment was presented to all cooperating agencies for their adoption within 4 months. All agencies adopted the Programmatic EA. When presented to the BIA Regional Office in Portland, Oregon, it was adopted and approved as NEPA Compliant.

Project work on the ELJ construction was launched within a week of acceptance.

“Ownership boundaries and land use designations are not considered viable boundaries for treatment areas as the river itself knows no property boundaries.”

The NEPA process requires an evaluation of relevant environmental effects of a project or action. This includes consideration of a series of pertinent alternatives. The NEPA process for the Upper Quinault River Restoration effort began when the Quinault Indian Nation developed a proposal to address a need to take an action.

Implementation of the elements evaluated in this Environmental Assessment would:

“promote the conservation of salmonid and wildlife population life history diversity and habitat in the short-term while implementing science based restoration of natural habitat forming processes that support recovery of landscape scale ecosystem function and fisheries resources over the long-term.”

By applying the restoration approach that includes carrying out incremental actions (projects) over the next 20-30 years to provide positive cumulative benefits to the natural environment rather than cumulative negative impacts, the desired long term goals of the Quinault Indian Nation may be achieved. Benefits derived from implementation of plan elements will accrue over time and, while some objectives such as restoration of mature floodplain forests may require up to 100 years to materialize. Others outcomes such as conserving existing salmon habitat and reducing risks to life and property should become apparent on a much shorter time scale. We work with your local experts to make our synergistic parts work together.

Together, we accomplish more than we could alone.

NEPA Protocols Have a Broad Scope

In other NEPA Compliance examples we have provided documentation for wildfire mitigation efforts, river restoration associated with levee removal, and several forest management related activities involving federal funding. The tools we use to make the process streamlined include interactive planning committee website information transfer including interactive maps, committee access-limited FTP sites for data transfer, online meeting protocols, with just plain diligent and hard work. When we join your effort, we make a commitment to making the results meaningful.

We get the job done!